Early in 2019 Peta Murphy MP connected with the Women’s Spirit Project (WSP) at the Anaconda Store in Frankston in encouragement of the first group of women embarking on the 3-day Frankston to Cape Schanck Walk.

Since that day, Peta has been a strong supporter and advocate of the WSP, giving her voice to the needs of disadvantaged women from the Dunkley community and beyond.

In 2019 Peta was first elected to the Federal Parliament. She is the first woman to represent the Federal Seat of Dunkley.

Prior to entering Parliament, Peta worked in the Victorian justice system, volunteered at her local Community Legal Centre, was a solicitor advocate, a Senior Public Defender at Victoria Legal Aid, a Barrister and a Team Leader at the Victorian Law Reform Commission.

Over the past four years the WSP’s relationship with Peta has grown from strength to strength. Peta has attended many WSP events as a keynote speaker and promoted accessible community activities and services to local women. In June 2022 she had the pleasure of presenting certificates to the graduates of the recent Spirit of Transformation Program.

Following her re-election as MP for the Dunkley Electorate, Peta agreed to become the official Ambassador of the Women’s Spirit Project.

The role fits perfectly with her passion for gender equity issues, women’s sport, and women’s health.  Peta is co-chair of the Parliamentary Friends of Women’s Health, and a strong supporter of the Breast Cancer Network Australia.  Peta was instrumental in launching the Louisa Dunkley Network, a forum for women to meet, network and share resources.

In late 2022, Peta has been appointed as Women’s Spirit Project ambassador. Peta is honoured to officially champion Team Teal and progress the important work of providing accessible, empowering wellness activities to disadvantaged women in our community.

“We got so much more out of the program than we ever expected. We couldn't have paid for something like this”.

We are extremely grateful to the Partners and Sponsors of the Women’s Spirit Project whose financial and in-kind contributions enable the successful delivery of life-changing programs and activities for women in the South East region of Melbourne.

Our Partners and Sponsors come from our community and beyond, and include Local, State & Federal Governments, philanthropists, businesses and community organisations.

Together, we inspire, empower and support women in our community to transform their life — to create a brighter future.

We thank everyone who has been part of this journey to date and look forward to continuing our collaboration. You make our work possible.

how you can help 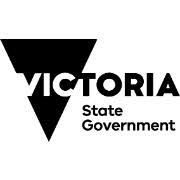 how you can help

Want To Know Even More About Us?

Menu
Get in touch

The Motivation Project, trading as The Women’s Spirit Project is a registered charity with Australian Charities and Not For Profits Commission (ACNC) and has Deductible Gift Recipient (DGR) status. All donations over $2 are tax deductible – ABN:17 631 807 148

Copyright © 2022 Women's Spirit Project. All rights reserved. Made with ❤ by PressroomPartners.

You’re now officially registered for the Walk4Wellbeing from Sat 02 October to Sun 28 November.

Please check your emails (including spam!) for next steps including instructions to get ready and meet our fabulous bunch of fellow participants.

Go back to home page